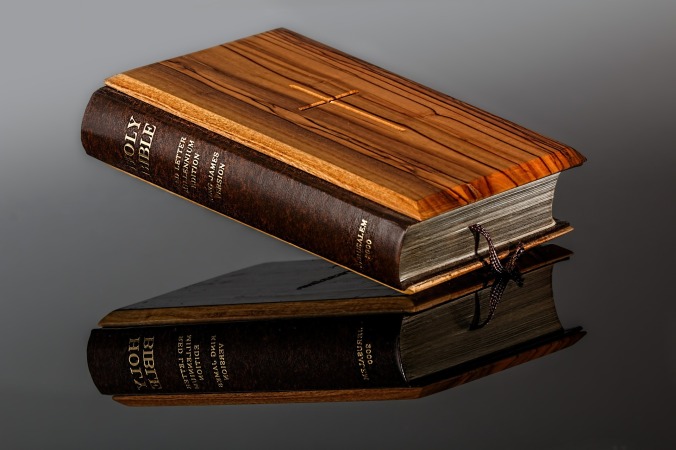 As a new believer I was once told that I had to be able to speak in tongues to be indwelt with the Holy Spirit. That was some of the most damaging words that anyone could have spoken to a new believer like me, in my opinion, and could have seriously derailed my faith and walk.

There are other beliefs out there that I think could also be just as damaging and could stumble a brother or a sister. It happens when one small piece of scripture is used to build doctrine around. I am not saying that the sincerity or earnestness of those who believe as this, and they are doubtless quite honest and well intentioned in what they claim. However, there is still deception in the thought process.

One of these is the filling of the Holy Spirit only happens if a believer speaks in tongues.  This belief creates a good bit of division in the church. Jesus never once told us that we had to speak in tongues to have the Holy Spirit within us. We receive the Holy Spirit the moment we believe and the filling of the Holy Spirit is an ongoing process in the Christian life. Jesus told us that He would give us another comforter/helper, John 14:16-17 ” I will ask the Father, and He will give you another Helper, that He may be with you forever; 17 that is the Spirit of truth, whom the world cannot receive, because it does not see Him or know Him, but you know Him because He abides with you and will be in you.” There are no conditions that you must speak in tongues first anywhere in scripture.

Another one that puzzles me is that to complete your salvation you must be baptized. Many think that when Peter tells the Jews, who are asking how they can make their evil deed right, to repent and be baptized in Acts 2 that one must be baptized to be saved. Peter is speaking to the Jews who crucified Jesus and he is telling them that they must repent first and then be baptized since baptism is an outward sign of an inward change. Jews were not known to be baptized, so this was a big deal and a sign to all that they had changed. Further on in the verse it also proves that you don’t have to speak in tongues to have the Holy Spirit because Peter says, ” ……. Repent, and each of you be baptized in the name of Jesus Christ for the forgiveness of your sins; and you will receive the gift of the Holy Spirit.”

Many of these misconceptions come from teaching that takes something so simple and tweaks it to fit man’s ideas. Such as calling out over a person with an ailment, “And by His stripes you will be healed!”  It’s true by His stripes we have been healed because, “But He was wounded for our transgressions,
He was bruised for our iniquities;
The chastisement for our peace was upon Him,
And by His stripes we are healed.
6 All we like sheep have gone astray;
We have turned, every one, to his own way;
And the Lord has laid on Him the iniquity of us all.” (Isaiah 53:5-6)

Jesus paid the price for our salvation and making statements that don’t line up exactly with scripture, but kind of do, can damage a person’s walk and their faith. Lately it looks like we are raising generations of backsliders and I believe that this kind of teaching is a glaring example of why it is happening. Context is everything!

5 thoughts on “Is It Good Doctrine”